The seeds of the historic Taos Plaza were sown in the year 1796 when the King of Spain gave the Don Fernando de Taos Land Grant to 63 families in the Taos area. This land grant became the most important settlement in the area outside of the ancient Taos Pueblo two miles to the north. Homes were built in large quadrangles, offering a fortress-like structure to thwart unwanted attempts to enter the village. Sentries stationed at the corners of the fortified village kept vigil day and night, and a huge gate offered the only means of entry into and exit from the plaza. The enclosure served as a refuge for livestock at night, and merchants displayed their wares during trade fairs—much as they do today.

Over the years, many buildings on the plaza have been lost to fire—because the buildings are contiguous, a fire in one usually spreads to others. But new structures have come to replace the old; the character of the present buildings around the plaza dates from the 1930s.

Today, Taos Plaza is the center of the Taos Historic District where locals gather for live music and farmers markets and visitors stroll through shops and galleries, continuing centuries of living culture in the heart of Taos. 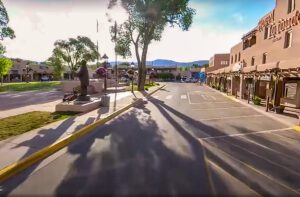 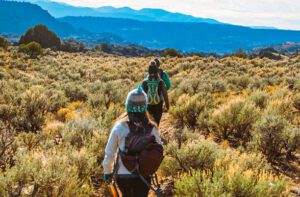 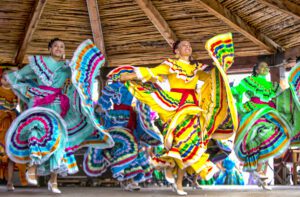