Although Taos continues to embrace its historic essence, that doesn’t mean we’re stuck in the past. And it certainly doesn’t mean we’re drinking yesterday’s beer. The microbrewery revolution is alive and bubbling in Taos, with several local breweries hand-crafting pilsners and lagers, IPAs and ESBs, porters and stouts, and beyond. Keep an eye out for ciders made with locally grown fruit as well; there’s nothing better on a warm, dry Taos summer day.

Taos is known as a foodie haven, and the breweries here in the Taos area don’t just stop with the brew—they want to show you how well their beers pair with food as well. With taprooms serving up everything from wood-fired pizzas to barbecue to juicy green chile cheeseburgers, you can kick back and try a couple brews without going hungry.

There’s no shortage of entertainment or ambience, either; there are breweries downtown, in the mountains, on the mesa, and along the river. Whichever you choose, you’re likely to enjoy some of Taos’s live music scene along with your beer. If if you’re more in the mood for a margarita or a mule, Taos has a burgeoning distillery culture as well.

Finally, keep an eye on the calendar for Taos brewery festivals; from the annual Brewmaster’s Festival in Taos Ski Valley each December to the Spring Beer Festival and the Micro Brew Ski Week each spring, plus Oktoberfests galore in the autumn, there’s a reason to celebrate the breweries of Taos at any time of the year.

Breweries
No places found matching those criteria.
Add a Place 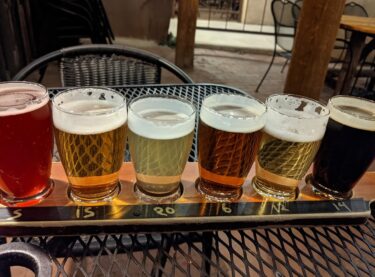 The Taos Mesa Brewing Tap Room downtown location is on the corner of the Paseo and Quesnel Street. This lively venue has 24 beers on tap, wood fired pizza and other delicious offerings plus a full schedule of regular live entertainment. 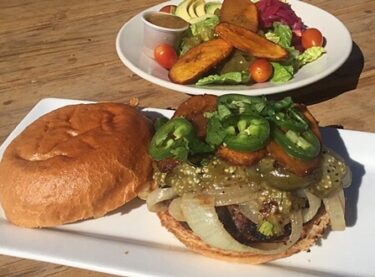