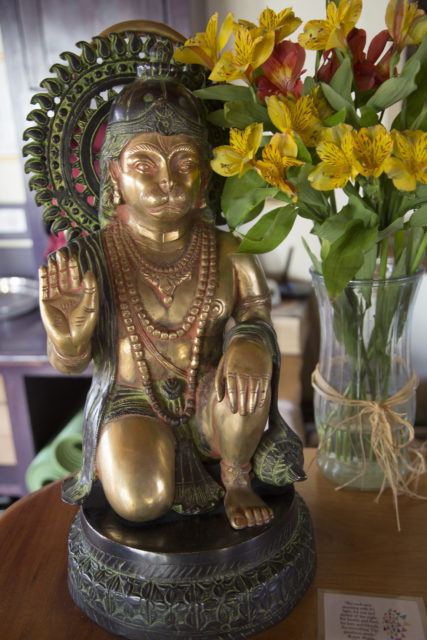 It sure feels that way this summer in Taos, as the rain clouds form, thunder rolls and lightning cracks, but only a drop here and there remind us we are in the midst of a severe drought during an unfortunate era; POTUS pooh poohs Global Warming and blows more hot air about nothing, adding to the problem.

People are feeling a different kind of burn these days.

I thought my daughter Genevieve’s guest post for Shree Yoga Taos, a very timely one, during this season, when the heat can really start to get one down. This is the second of a series of seasonal posts from Suki and Genevieve, the Shree Goddesses. 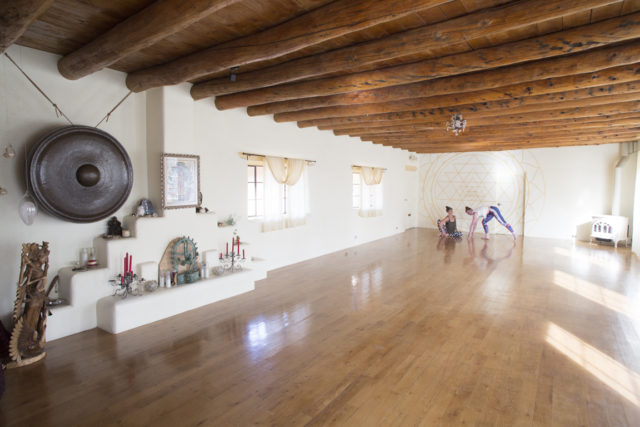 There are inevitable things in life. Things like wind, rain, death, and dirt. There are so many inevitable things that we take them for granted, stack them up against each other and all the details of our lives that we can remember. We use them to make sense of the chaos, of all the things beyond our control, things unpredicted and surprising. Our understanding of the inevitable helps us feel safe, we use it as a shelf to place the scary monsters of our psyches. A place we cannot reach and from which they cannot escape.

Chaos is inevitable in itself, and like inevitable things drives our sense-making in a world of happenstance and circumstance. A world where despite inevitability, nothing is ever the same twice. When thinking of it in this vein it is a wonder any of us are sane at all. F. Scott Fitzgerald wrote “the test of first-rate intelligence is the ability to hold two opposed ideas in the mind at the same time, and still retain the ability to function.” The essay “The Crack Up” goes on to relate a telling of losing mind and in regaining it, losing an illusion which was its downfall to begin with. Living in constant chaos and paradox is the way of this realm and it’s no wonder so many of us suffer mentally in our fleeting time here. 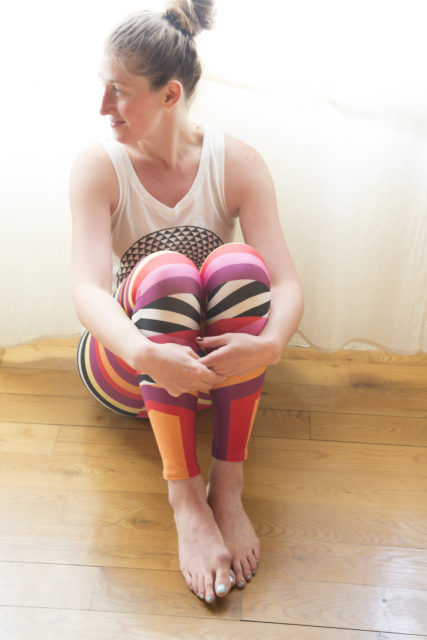 Yoga is built on an old and solid foundation, the Yoga Sutras of Patanjali. Written centuries ago the text is an expose on the form. The form is a compilation of eight limbs which include guidelines or principles for living with self and community, breath practice, asana practice, meditation and contemplation practices, and the practice of the practice itself. There are differing philosophies that weave their way through the form and those become the varying schools of yoga, yet at the core these elements are the same. The second teaching in these texts, Yoga Sutra 1:2 states clearly the primary focus of the practice. “Yoga is the restraint of the modifications of the mindstuff.” Translated into English, yoga is not going crazy in a world of chaos and surprise.

The rest of the yoga sutras go on to explain and support this sutra. The varying schools of yoga philosophy have different approaches through which they aim to master the skill set forth in this sutra. The result of mastering the skill set forth in this approach is mental tranquility or peace. Such peace of mind is not reliant on outside stimuli. This independent peace of mind transcends limited thought and becomes immersed in the constant bliss that is the natural state of all consciousness. This bliss state is the pinnacle of the eight steps set forth in the expose of the form, the Yoga Sutras of Patanjali. It is a full circle cycle; the alpha is the skillful practice of minding ones thoughts, the omega is the bliss of peace that comes from such deliberate and constant effort. “Practice and all is coming.” Thank you Sri Pattabhi Jois. 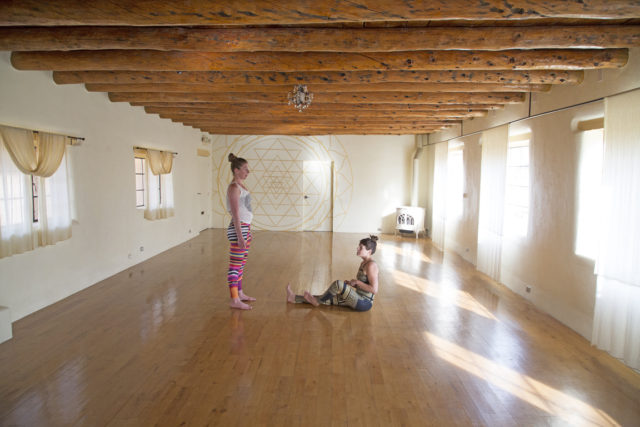 If this formula is so simple then why is that lady you know who does a bunch of yoga so crazy? Anyone who has done some complex math knows that a simple formula does not mean an easy resolution of a problem. Like complicated math, and challenging asana, not going crazy is hard work. The world is full of stimuli; natural stimuli, manufactured stimuli, pleasurable stimuli, repugnant stimuli, inevitable stimuli, chaotic stimuli, understandable stimuli, crazy stimuli, the list goes on. With so much stimuli and little time or tools to address it the practice of not going crazy is an extremely challenging and daunting task. It’s easier to just do some asana and worry about how you look doing the pose. It’s easier to intend that you won’t blow up on your husband the next time he pushes your buttons than to actually mind yourself in the midst of your emotional torrent and change the direction of your lifeboat. It’s easier to yell fuck you at the guy in traffic then admit he had good timing. It’s easier to do what comes easily to the mind, and as we continue to find out the mind isn’t so good at doing mindstuff without some deliberate attention from itself, the call to train the mind is no longer an invitation but a necessity. This is why the book of the yoga sutras was dedicated to this one practice and not the value of its result. This is why the great spiritual teachers don’t espouse nirvana they espouse discipline of mindstuff. This is hard to do and is why that lady you know who does a lot of yoga is still crazy. 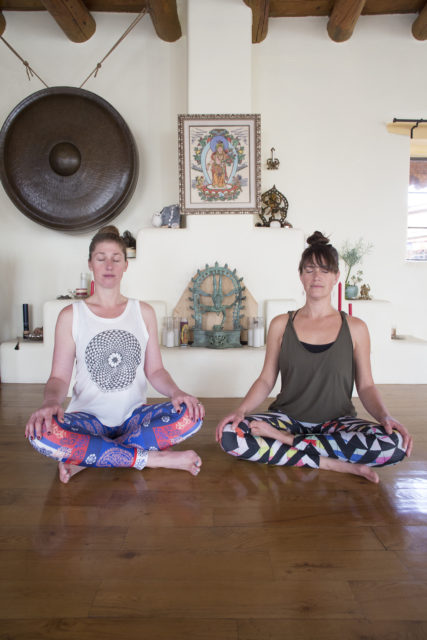 “This is what I think now: that the natural state of the sentient adult is a qualified unhappiness. I think also that in an adult the desire to be finer in grain than you are, “a constant striving” (as those people say who gain their bread by saying it) only adds to this unhappiness in the end – that end that comes to our youth and hope.” Like Fitzgerald, those who practice long enough come to learn this sad truth; The journey to sanity is a process of accepting which is full of disillusionment, and disillusionment is painful. The mind weakens under extreme pain and strife, and can falter in the wake of disillusionments wreckage. Fitzgerald is right in his placement of expectation and striving, the more we do it the more it degrades true happiness. Yet Fitzgerald’s position in which the process of peeling away the inner judgements that keep one from complete self-acceptance and peace of mind leaves one in the company of their innate state which is inherently a state of constant unhappiness, is counter to the position of Yoga Philosophy which replies that such a peeling away of judgement leaves one in the company of their true inherent state: pure consciousness and bliss.

Fitzgerald, myself, and countless others throughout the ages have experienced the slow degradation of the mind and the subsequent nervous crack. Those of us who have recovered understand the value of grit, the necessity for it as grit is the armor that protects you from throwing yourself over the bridge when the mind starts to weaken and one thought, the thought of finishing it, is all it can hold. Grit demands you hold a thought that will sustain you and that thought won’t be glittering in illusion, a thought that keeps you on the right side of the rail. Those of us who have recovered and watched others slip away hold tight to thought that caries us through, our inevitable friend on a cloudy day because any way you sort through it, human being is not for the weak of mind, nor faint of heart. 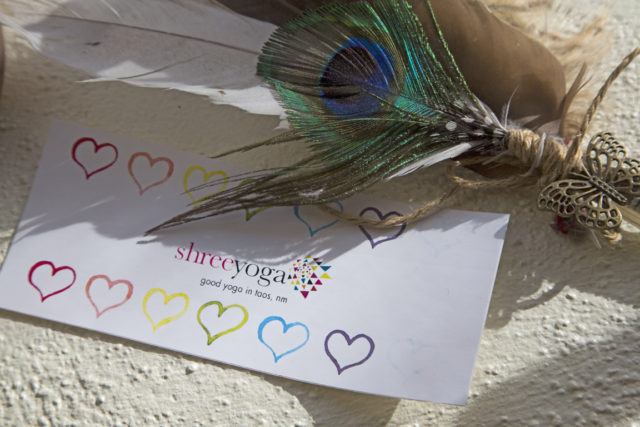 Suki and Genevieve will be back in the Fall with more wisdom gleaned from their daily Yoga practice.

For much more about Shree Yoga Taos, please visit their site linked below.

Nancy’s considerable musical experience continues to inform her own creative passage and the uniqueness of Taos Chamber Music Group’s programming.

Nowhere else can you sample such diversity of things to do in a single town, and all within the same… Read more »