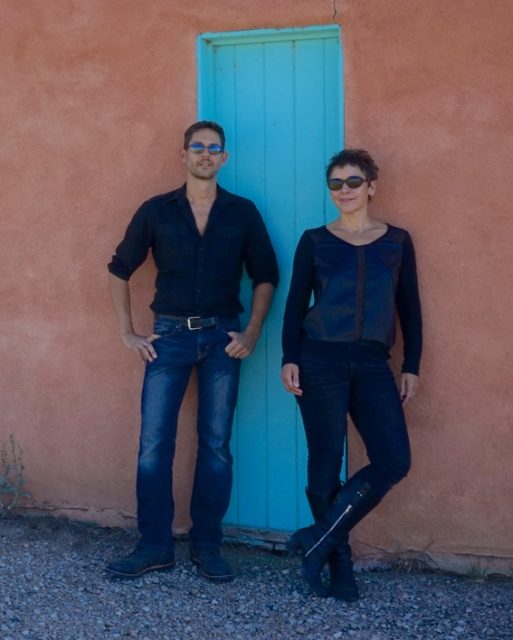 As if getting ready for the biggest Paseo yet were not enough to chew on, the Paseo peeps have loaded up their proverbial plates with even more!

If you missed the Mobile Museum of American Artifacts, cruising through town and the other Paseo pop up art installations around Taos over the past couple of years, it’s time to get your head out of the sand!

I dropped in on Matt Thomas and Agnes Chavez at the HUB, their in town space, one recent afternoon to chat about the upcoming Paseo and the formable new team they’ve assembled to assist them with the Festival. All are accomplished in their respective fields, and bring their combined expertise to the table right on time.

“It was getting too big for us to manage alone,” said Agnes. “ We are so fortunate to have all of them on board.”

When Agnes says big, she means it. This year’s Paseo will take over the streets of Taos once again, after taking a hiatus last year, in order to “regroup and rethink the event” which “was getting bigger faster than we had anticipated,” she said at the time.

Instead, they threw a party on the Plaza; a reminder that they weren’t going anywhere – just chillin’for a bit.

The afternoon I visited they were both upbeat and excited about this year’s Paseo Project, Matt was coming off his NYC high – his work, which is included in Taos:1960’s – Present at the Vivian Horan Gallery, has been very well received.

Agnes celebrated her birthday earlier this past spring at CERN in Switzerland which is both auspicious and apropos. 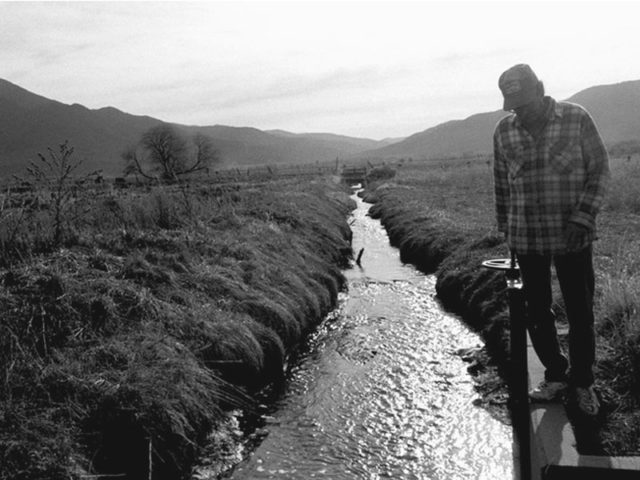 These two remarkable members of our community, having already individually, contributed so much to the evolution of our town, with their Paseo Project have generated a cultural renaissance in the very heart of Taos; bringing art to the street.

This year’s event will not disappoint. Among other subjects and themes, Paseo Project’s 2018 festival explores SPACE – both inner and outer space. Timely with the exciting new confirmation of Earth-like planets relatively close by – A series of art installations that as always, invite participation, combine art, science and technology as tools to navigate the “contemplation of space, offering a view of society in sync with nature and the universe.” reads their site intro.

The nexus for The PASEO 2018 is the Space Cloud, an inflated pavilion designed by a Spanish architectural team that will serve as a gigantic illuminated nerve center for the weekend events. It will be located in Kit Carson Park.

The duo have for sometime, had the benefit of a Board whose members (including Janet Webb), are also very much involved, but now this addition of new members at the hands on HUB, as well as the space they occupy, has taken the Paseo Project to another level.

As they gave me a tour of the place, Matt mentioned it felt very “grown up” to have this center for conferences, meetings and maker-space.

“It makes all the difference,” Agnes agreed.

The space is open, feels very Euro right down to the red bistro table and chairs outside. I imagine the new Paseo team members don’t mind spending time there one bit. 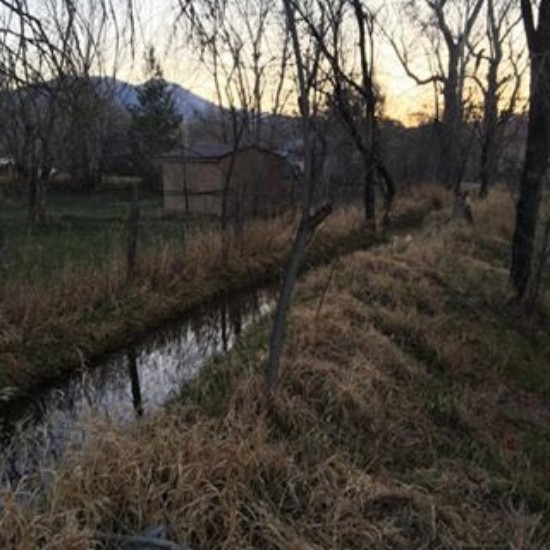 I will be chatting with the new team, including the fabulous Rita O’Connell, soon, but our conversation that day turned to the Acequia project Matt’s been occupied with.

Matt has been busy getting an important booklet (mapping the Acequia Madre del Pueblo), ready for print. Acequia Aqui could not be more on point right now as we endure this hot, dry summer in the High Desert. .

Created in collaboration with the Acequia Madre del Pueblo and the Taos Valley Acequia Association, the booklet creatively serves to illustrate this vital community asset.

Water Is life is more than a slogan. Especially this summer aqui en Taos. Water unites our community and with this in mind, Paseo Project has partnered with the LOR Foundation, and a few arts organizations and individuals (including Sylvia Rodriguez), in order to highlight the importance of water and its impact on Taos in regards to culture, spirituality, agriculture, economics and “ultimately the community’s survival.”

An acequia is a traditional community-operated water course used in Spain and the former Spanish Colonies in the Americas for irrigation. The acequias are engineered canals designed to carry snow runoff or river water to distant fields. They are probably Arabic or Moorish in origin. The ditches in Taos date back hundreds of years. These systems continue to be used today to irrigate fields and orchards.

If one wonders why an Art Non-profit has chosen to publish Acequia Aqui: The history and exploration of the Acequia Madre del Rio Pueblo? The answer is that the folks at Paseo Project have a long-range vision to transform our community by celebrating its history through art events and installations.

Matt is hoping the information gleaned from Acequias Aqui will be used to provide strategies that could ultimately transform the acequia system with permanent informational art installations and infrastructural enhancements. 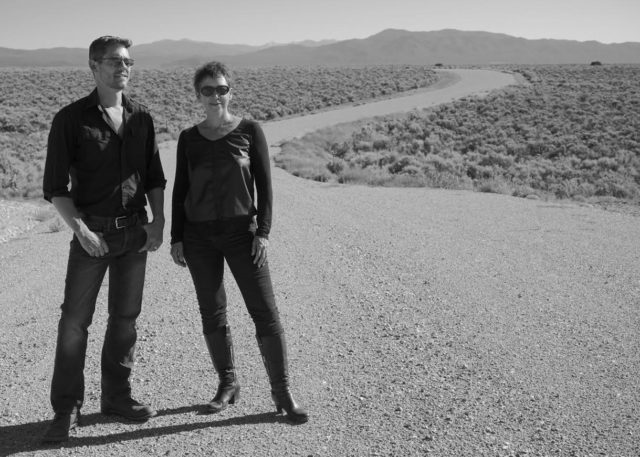 “We are recreating zoomed in maps of old (but still recognizable) runs of acequia’s downtown, “ Matt said, “we want people to know when they are in town, where this network is.”

“We are using photography from Mildred Tolbert, and some images from Dorie Hagler.” He added.

The downtown acequia network is relevant to both Taos history and our life here today. Water is at this time on this fragile planet, our most precious resource, and here in Taos, where it has long been treated as such, the value of this project both academically and in practical terms, is immense.

“We hope this booklet will educate both locals and visitors and contribute to the support of an historic and culturally important public infrastructure.” Said Matt as our conversation came to a close.

Keep checking the Paseo sites linked below, for updates on the booklet launch and the festival itself.

I’ll have much more in the weeks to come on the Paseo Project and the people who make it happen.

Photographs of Matt and Agnes by Zoe Zimmerman

B&W Acequia pic thanks to the Paseo Project

Other shot taken on my iphone

Gone Fishing! The sign read, Back after Memorial Day Weekend! I chuckled, this Taoseno had the right idea. Unless… Read more »

Taos is a year-round destination, so pick your season and start planning your getaway.