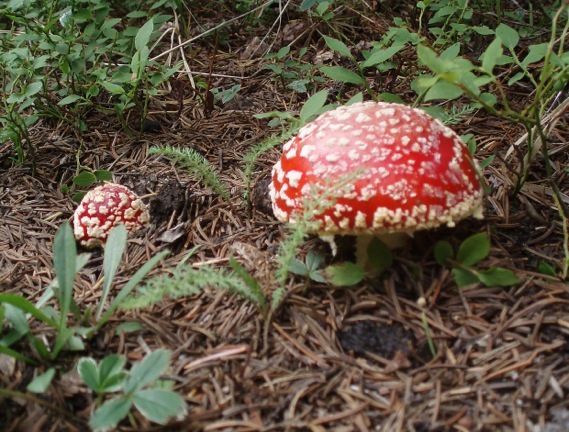 They come in all shapes and sizes – some are delicious and some are deadly.

From the time the rains arrive until the first hard freeze, is the time to go hunting for wild mushrooms in Taos.

Found in wooded spots at higher elevations, the areas around Taos Ski Valley are fertile hunting grounds for fungi, but be forewarned, mushroom hunting is highly competitive. The earlier you’re out after the rain, the more likely you’ll harvest what’s popped up overnight. 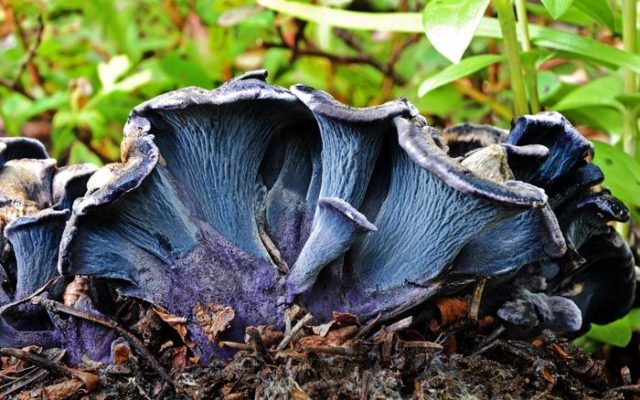 Mushroom hunters are often extremely secretive about their most promising locations, so unless a good (local) friend knows the ropes, it may be best to set out alone, with a trusty guide book in hand, such as All that the Rain Promises and More: a Hip Pocket Guide to Western Mushrooms by David Arora

Also be aware that mushroom hunting is not permitted in New Mexico state parks.

When scouting, stay under the trees, scanning the dampest spots, woody undergrowth, patches of moss and along the edges of streams. Once you spot one patch, you’ll start seeing them everywhere; from a boletus edulis peeping up from the forest floor, to a clump of blue chanterelles clinging to a sloping hillside. 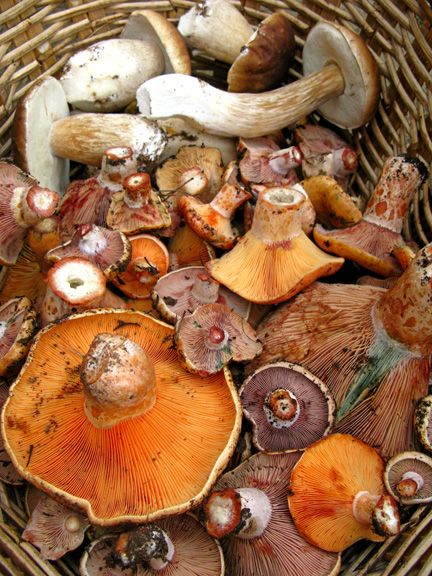 The part of the mushroom you see is the fruiting body of the fungus, which produces the spores or seeds; the fungus itself resembles tiny threads underground. Certain types have a special interrelationship with particular plants or trees and are always found next to them.

There are hundreds of varieties of mushrooms in New Mexico, including the highly toxic fly agaric or amanita muscaria, that looks like something straight out of a Disney movie!

Magic mushrooms they might indeed be, but you’d be well advised to let them be.

But for the gourmands among you, the edible bounty – from morels to oyster mushrooms as well as the aforementioned species – you will be in mushroom heaven! Few realize that Taos is one of the best places to find edible boletus (porcini) in the United States. 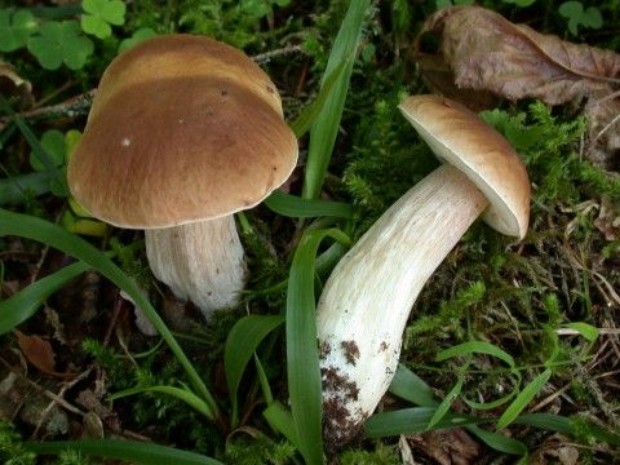 With the rain we’ve already had, and more in the forecast, it looks like it will be an excellent mushroom hunting season after all. And besides returning from your hike with the ingredients for a divine dinner, it’s such a great opportunity to spend time in a cool, quiet place; deep in nature with the sweet sound of running water and birdsong. Truly balm for the soul.

If you decide to try your luck in the forested areas in the Taos Ski Valley basin, and are unfamiliar with edible mushrooms in the wild, definitely try to go with someone who has local experience. And If you don’t like the smell of a mushroom, get rid of it, even if someone tells you it’s edible.

Don’t put mushrooms you collect in plastic bags, they will sweat. Use paper or cloth and sort the different varieties you’ve picked in different bags. You may want to bring a sharp pocket knife along, as well as plenty of water to drink.

And don’t forget sunscreen and a wide brimmed hat.The higher you climb, the stronger the rays of the sun. 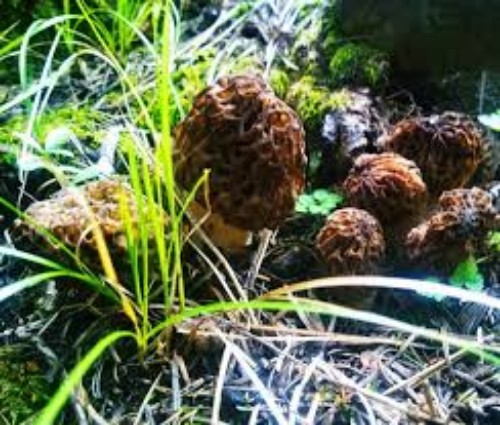 After a long morning hiking in the mountains, lunch at one of Taos Ski Valley’s fabulous hotels will make your day trip seem like a mini-vacation!

If you find yourself seriously bitten by the fungi foraging bug, you might want to join a club such as the New Mexico Mycological Society. See their site linked below this post.

When Rachel Bell moved her salon, Shank, to a half empty block on the Paseo last year, a lot of people… Read more »