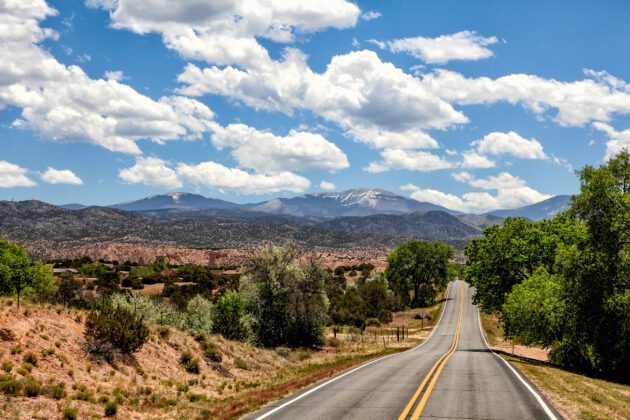 The High Road to Taos

Distance: 105 miles/170 KM
Driving Time: 2-1/2 hours from Santa Fe to Taos (no stops)
Trip Time: As there are so many interesting places to stop along the way, this trip can take from 4 to 7 hours. Please allow some extra time to enjoy this unique scenic byway and its tiny villages along the way.
Route: From Taos Plaza, Hwy. 68 south to Ranchos de Taos; Hwy. 518 east; Hwy. 75 west to Peñasco; Hwy. 76 south to Trampas, Truchas, Cordova and Chimayó; Hwy. 68 south to Santa Fe; Hwy. 68 north to Española and Taos.

Another tour popular with visitors, the High Road travels through awe-inspiring scenery and remote mountain villages that cling to their Spanish colonial roots. Start in Ranchos de Taos, a traditional agricultural community. With its massive adobe buttresses, high ceilings with vigas and hand-carved corbels, the San Francisco de Asis Church is our most photographed and painted church. Georgia O’Keeffe and Ansel Adams are two of many artists who have depicted the church in their work. The retablos and bultos on the northeast screen were created by Molleno, an early 19th century santero, and the church has the largest altar screen in New Mexico. Be sure to explore the galleries and shops located around the plaza.

In Las Trampas, admire San Jose de Gracia, a church still in use after 225 years. This larger mission was built in the cruciform style with two towers. Enjoy visiting artists’ studios in Ojo Sarco, before the little town of Truchas, which was built on a mesa below 13,101-foot Truchas Peak, the second-highest peak in New Mexico. In Truchas, see Nuestra Señora del Rosario, which was built in the early 1800s and has many well-preserved old santos. In Cordova, a village known for the many woodcarvers who have lived there, is the San Antonio de Padua Church. The church is only open for services, but if you can enter, you’ll appreciate the large altar screen painted by Rafael Aragon and other fine examples of religious work.Chimayó’s Plaza del Cerro is the last surviving Spanish fortified plaza in the southwest. Believed to be built on sacred earth with miraculous healing powers, Santuario de Chimayó is probably the most visited church in New Mexico. Chimayó is also famous for the weavings of the Ortega and Trujillo families, and many shops contain their work, as well as fine crafts from the region.

Near Española is the massive church of Santa Cruz, Iglesia de la Santa Cruz de la Cañada, which has thrived during more than 250 years of continuous use.

Now travel to Santa Fe, which was founded in 1610 and is the oldest capital city in the U.S. Sites worth visiting include the Palace of the Governors, the Museum of Fine Arts, the International Museum of Folk Art, the Wheelwright Museum of the American Indian Arts, the Georgia O’Keeffe Museum, Santuario de Guadalupe, St. Francis Cathedral, Loretto Chapel, San Miguel Chapel (the oldest church in the U.S.) and the shops and galleries of Canyon Road.

Travel the “River Road” back to Taos, driving through Española where Spanish explorer Don Juan de Oñate staked his claim 400 years ago. Visit the nearby village of La Mesilla to admire the simple beauty of San Isidro, built in 1918, and the village of Velarde to see Nuestra Señora de Guadalupe, built in 1817. Velarde is also a fruit-growing community, and roadside stands offer the season’s freshest produce. Follow alongside the fertile valley of the Rio Grande as it winds through a narrow canyon to the villages of Embudo, Dixon, Rinconada and Pilar. For information about the artists and studio tours, stop at Dixon’s Casa de Piedra Cooperative and the Pilar Yacht Club. 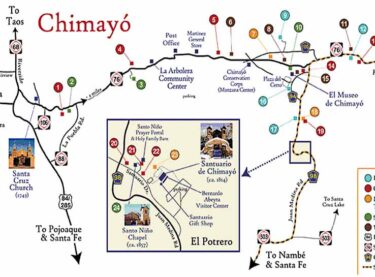 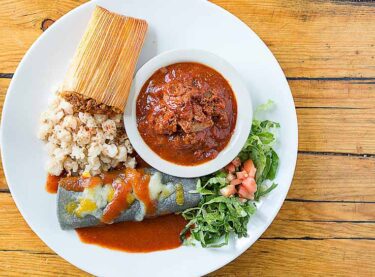 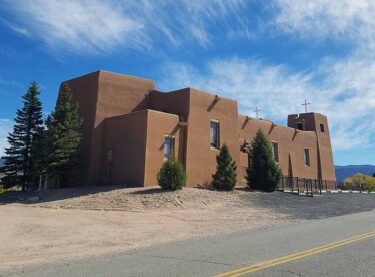 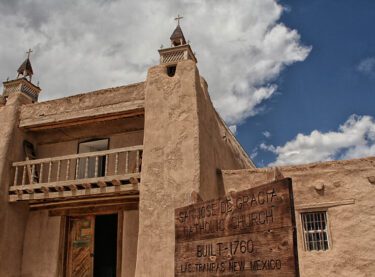 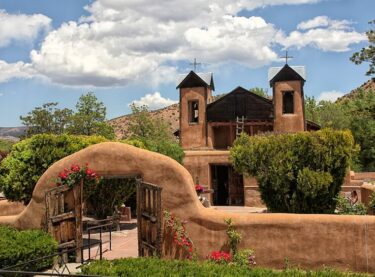 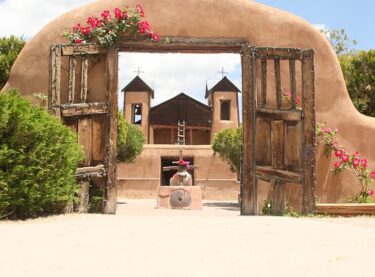 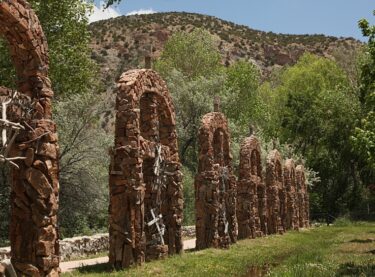 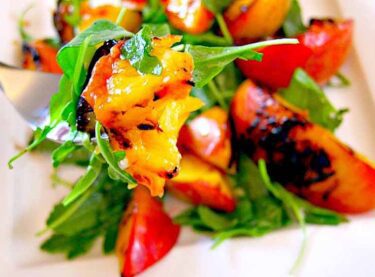 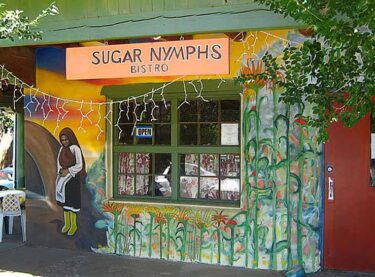 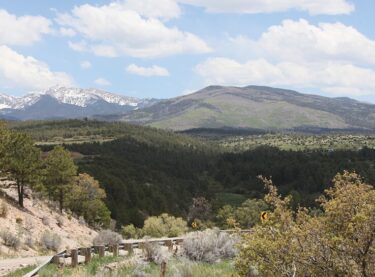 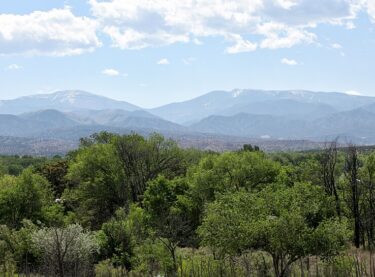 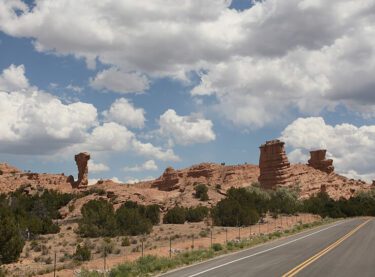 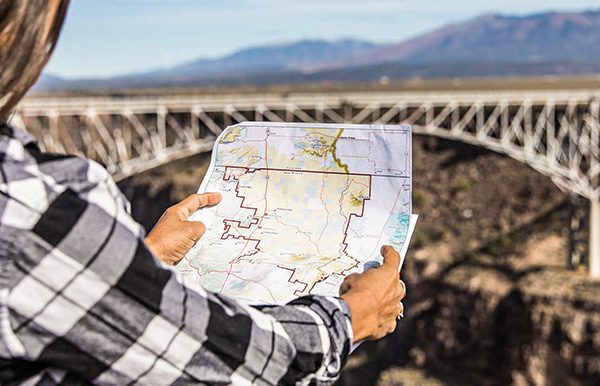